If you really care about women’s rights and you are in Saudi Arabia, then starting from the 13th of February 2010 and for two weeks boycott all lingerie shops that employ men. Get the word out and tell your friends to do the same. You’ll be helping more women get employed. You’ll break one of our main contradictions regarding interaction between men and women. And most of all, you’ll be supporting a Saudi women cause and helping them have a voice and impact. 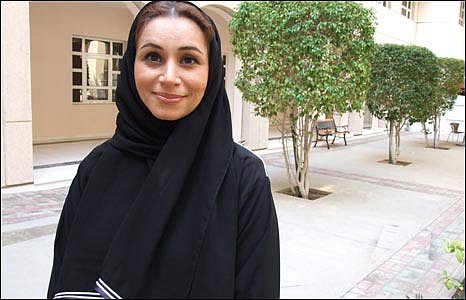 This campaign was officially started in February 2009 by Reem Asaad, a Saudi lecturer at a college in Jeddah, and is now in its second phase. Its aim is to address a real contradictory issue here in Saudi Arabia concerning  men selling women lingerie. The contradiction is in the fact that we are supposedly the most conservative nation in the world and yet women here divulge their bra and undie sizes and colors to strange men on a regular basis. I have been to many countries, European, Arab…etc and I have yet to come across a lingerie shop or even section of a department store where a man is employed to help customers. Why is this? Because common decency and personal comfort dictate that the majority of women would much rather discuss and buy their underwear from another woman. This very simple fact somehow flew over our muttawas’ heads or they just felt that the oppression of women is more important than preserving a woman’s modesty. The minister of Labour, Dr. Al Qusaibi, attempted to tackle this issue by issuing a new law that only women were to be employed at lingerie shops. This was supposed to be effective in 2006. However powerful people behind the scenes have been able to delay its implementation. Why would they do that? Well it’s due to a multiple number of reasons:

1-     Many are muttawa and strongly believe that malls and shopping areas are tools of the devil. Hence if they could they would even ban women from shopping let alone working there.

2-     It costs money to get lingerie shops run by women muttawa compliant, what with screens on the windows and a guard at the door…etc.

4-     They just hate Dr. Al Qusaibi and his “liberal” ways and want to oppose him in anything and everything.

52 responses to “BAN MEN FROM SELLING LINGERIE IN KSA”