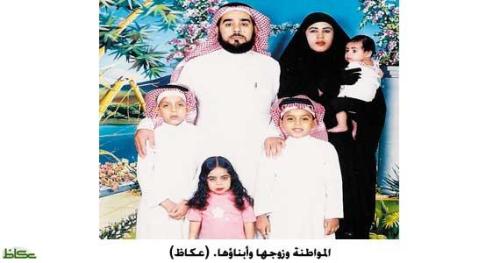 I borrowed the phrase in the title from my friend Mona el Tahawy because if anything deserved a WTF then it definitely is the case of a woman in my hometown Al Ras, a little town in Qasseem where everyone is related in some way to everyone else. The woman is married to a Saudi and is now a naturalized Saudi herself. She was accused of making false malicious complaints against government officials working on a case raised against her husband. And she was also accused of going to the courts and government offices without a mahram (male guardian). Apparently the judge has now deemed that women without a mahram going into the court or government offices for their issues  an offence!

She was sentenced a year and a half in prison and 300 lashings. The judge also threatened her with withdrawing her Saudi citizenship and deportation. She has already started her sentence at the women’s facility in Qaseem and has her infant daughter in there with her too. Her side of the story was that she went to government officials to seek justice for her husband and was received with insults and ridicule. So she courageously took it took it upon herself to go to the courts herself and complain. What was she supposed to do?

I don’t remember ever reading that the Prophet PBUH turned women away telling them to come back with their mahrams. Let alone punish them for it! And what if a woman was abused by her mahram and wanted to seek help?! This judge is wrong on so many levels, and that’s only natural without codified laws. She probably rubbed him the wrong way and he decided to take out his annoyance any way he could. He threatened her with taking away her citizenship! I thought those can’t be taken back. What’s next? Are we going to threaten non tribal Saudis or expel specific tribes like Qatar did?

As you can tell by the photo above, they are real simple people. Al Thawab (her husband’s family) aren’t known for their riches and power. The whole story is just plain dodgy. And yes that’s her in the picture. She was born Sudanese.

The photo is linked to the news article that was reported in Okaz newspaper.

I checked the gossip mill and some people think that she was  just unlucky, timing-wise. Because at the same time her case was in the courts another  case regarding a judge was also being reviewed. The judge was accused of making false and malicious claims and the Al Ras court really had it in for him and gave him 10 months prison and 120 lashings. People speculate that when the woman’s case came up, the court wanted to ‘seem’ fair by being harsh on her too! Now the accused judge is appealing and will probably go around in circles until his case is dropped while the poor woman, due to her lack of wasta (nepotistic) influence, will have to take the fall.