I have been complaining about the ban on women driving for the past decade. Over the years I have had in my employment about eight or nine drivers; Indians, Pakistanis, Saudis, Ethiopians, Sudanese, Bangladesh…I’ve ridden with all kinds and unfortunately smells. I’ve gone through the full spectrum of problems from attitude issues to “borrowed” cars. And I’ve become quite experienced in how to be a boss of someone who won’t listen. My current driver has almost completed his third year in my employment. 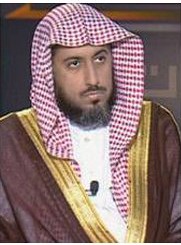 Since 2002 everyone keeps telling me that the ban will be lifted by the end of this year. The end of this year becomes the end of next year and then the year after that and somewhere along the line I’ve lost hope and resigned myself to dragging a strange man to all my classes, on all my errands and to wait outside the gates of houses I visit. However on April 14th, 2010 it seems that something has changed and I can finally see a thin line of hope on the horizon. Riyadh Newspaper, one of the more conservative papers in Saudi Arabia ran an extensive piece not on whether or not women should be allowed to drive cars but on how that can actually be implemented on the ground. The title was literally “Women driving cars…how do we start its implementation”. They interviewed several influential people including sheikhs, professors of sociology and a retired general. But the real deal was sheikh Al Ghaith, his was one of the first photos in the article and don’t be fooled by how young he looks. He’s actually a PhD holder and is far from your typical camera chasing sheikh. More importantly he has the ears of some of the big decision makers of the country. Currently he is a judge at Riyadh’s district court. It’s even rumored that he has the final say when it comes to the death penalty. I would almost go as far as to say that the whole article was a frame for Al Ghaith to subtlety inform the muttawas that the time has come to compromise on this issue.

The article got a lot of attention and had 1625 comments, on average a comment a minute yesterday!

On a lighter note, my shewolf friend had gone out for a few more joyrides since that night.

35 responses to “The turning point”