Huda Al Hamd, an anchor on Saudi’s channel has been suspended from work. On her morning show this Saturday she took up the unemployment problem in Saudi Arabia. She had on the show two extremely outspoken writers, Saad Al Dosari and Dr. Hasan Al Ajmi. Mr. Al Dosari made many statements such as that it is an outrage that 12000 Saudis apply when only 45 positions are announced. He also said that there are people or a mafia benefitting from how things are run. He even likened the current foreign labour system to human trafficking. He demanded that ministers do something about it, that they go to the King and show him how desperate the situation is by tearing their thobes (cultural gesture of desperation). Then Dr. Al Ajmi weighed in by stating that ministers only drive around in fancy cars, enjoy the centralized air conditioning and smell the most expensive Cambodian incense. He declared the ministries of Labour and Civil Service complete failures and the Ministries of Education and Financial Affairs disappointments. He said that it’s not employers who mistrust Saudis, its Saudis who mistrust employers. He urged ministers to inform the King truthfully of the situation and assured them that the King will support them. 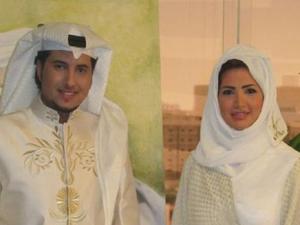 According to Sabq, Saturday night and until the early hours of Sunday, meetings and calls from decision-makers were going on at the Ministry of Information and Culture. Sunday it was announced that the Ministry’s spokesperson Mr. Haza’a would manage the channel for the next six months; he’s the same person who caused an uproar after he suggested that Saudi bloggers register and get licenses to blog. Also Ms. Al Hamd’s suspension was followed with the suspension of her colleagues Samira Madani and Mohammed Al Radaini.

I have written on unemployment before. The situation is desperate. It’s bad for men and much worse for women. You can read my last post on it here.

I recommend you watch the video even if you don’t speak Arabic, the passion and anger of the guests goes across languages. This controversy resulted in a hashtag on Twitter #hoda2alhamed in support of Huda Al Hamd

Some of the tweets include:

With my rejection of the suspension and what happened, nothing will ruin the country more than Al Ajmi and Al Dosari when they say demeaning jobs and jobs that are beneath Saudis, that’s bull.

The Ministry of Information’s message is clear, anybody in the media who takes up unemployment transparently and boldly will soon join the unemployed.

11 responses to “Suspensions and censorship”