My piece in Newsweek: No Sacred Space 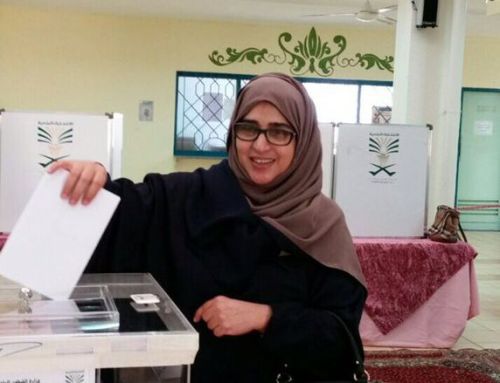 The Kingdom of Saudi Arabia is undergoing its third round of municipal elections. The first round was held in 2005 to much fanfare, whilst the second was slated for 2009 but in fact delayed until 2011. Women were excluded in those first two municipal elections. The participation of women only became possible this third time around, after a royal decree by Saudi’s previous ruling monarch, King Abdullah.

With the exception of the inclusion of women, these elections faced a great deal of apathy, mainly because they are elections for municipalities that only concern urban development. Some see it as a distraction from demanding basic rights and more influential political participation. Others believe that these elections are held mainly for international media consumption to improve Saudi’s image abroad. Moreover, the elections are only for two-thirds of local council seats while the other third, as well as the head of the municipality, are appointed by the government. Thus, potential winners are unlikely to have much executive power. This has not stopped candidates from making promises and running under manifestos that show that they aspire for much more than they have the authority to deliver. Some of these include the promise to open up employment opportunities and to end corruption. CLICK HERE TO READ ON

20 responses to “My piece in Newsweek: No Sacred Space”