So I went to the Riyadh Book Fair this morning and overall I enjoyed it. The venue has been changed from the years before to the brand new Riyadh City Showrooms and they are a lot more spacious than the old showrooms. However what is on show is more limited than previous years. Maybe because it was so crowded the muttawas couldn’t keep up with what all the stalls were selling. A couple of years back I got these gorgeous Iranian posters from the Riyadh Book Fair. 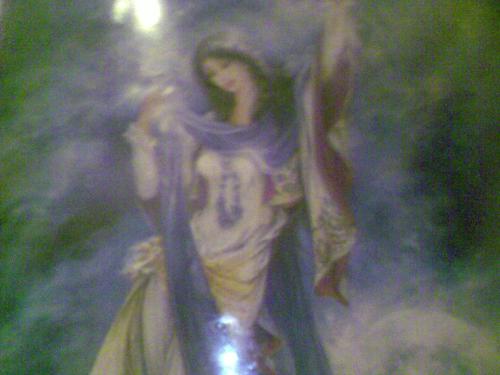 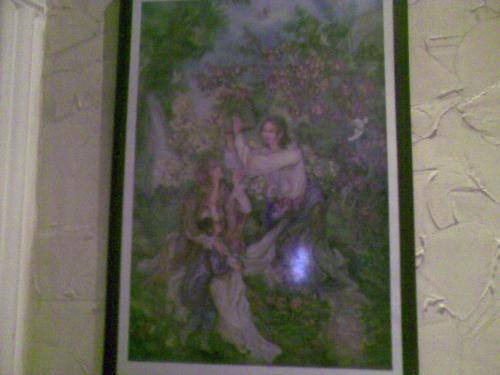 This sort of fare is not available now. I wouldn’t have put it beyond the muttawas to black out the illustrations in children’s books or at least cross out the necks of all drawings of people. But they haven’t gone that far. They did have one of the biggest stalls though and not a book in sight. What they did have on display is all the witchcraft that they have confiscated over the years and a huge flat screen TV with a video running showing how they reverse spells. My husband tells me they also have clothes that they confiscated from local shops that supposedly have unIslamic words written on them in foreign languages. He said that one of the T-shits had the word “sexy” emblazoned across the chest. And of course their stall was the most crowded. I wanted to investigate it more but getting any closer might mean that I would rub shoulders with them and that’s not a smart move with me already being on their bad side because my face was uncovered. 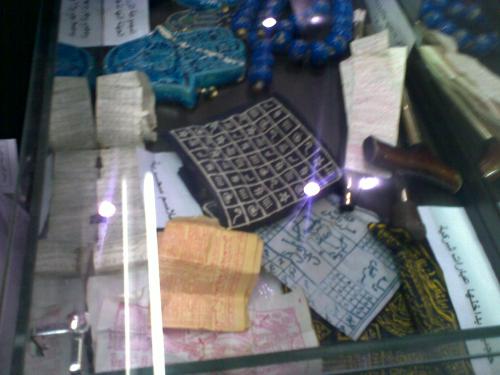 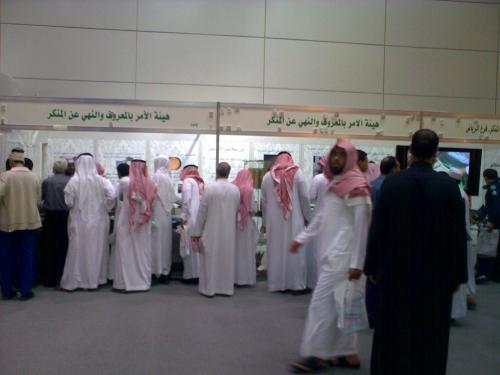 I wasn’t impressed with the variety of books at the other stalls. The emphasis was largely on religion with stall after stall displaying books about how to be a good wife and how to choose a wife. The guest of honor this year is Brazil but their presence was not felt at all. Everywhere you turn, there’s either an official muttawa from the vice cops or police. I wanted to stand in the middle and shout at the top of my lungs IT’S A BOOK FAIR NOT WOODSTOCK!

Of all the stalls, I saw only one manned by a woman. She told me that she only comes when the book fair is open to women. She came on the first day and it was open to men only and she found it extremely awkward. So whenever it’s men only, she gets a guy to come in her place. She came all the way from France for this lame book fair. She also said that every now and then a muttawa would stop by her stall and “advise” her to cover her face. The newspapers reported that three men complained to the authorities and requested an official apology from the head of the vice police stating that they are respected authors over the age of fifty and they wanted to say hello to a fellow Saudi author, Halemah Mathfar, who happens to be a woman. She had a book signing and the writers were banned from speaking to her. When one of them broke the rules by waving his hand and calling out to Ms. Mathfar “thank you and goodbye”, the three were escorted to the vice cops office at the fair and given a lecture on proper Islamic conduct. The head sheikh of the vice cops at the book fair, Turki Al Shaleel, made this statement regarding the incident: “Our role at the book fair is regulatory to prevent the occurrence of sin, and we treat everyone with respect and try to resolve issues without escalation. There is an agreement between our organization and the Ministry of Culture and Information on signing books at the show. If the author is a woman people have to have their book signed through a third party so as to prevent her direct contact with the public. What happened is that a group of intellectuals objected to the signing, after controversy they reluctantly agreed to the mechanism. Then one of them provokingly raised his hand in front of everyone and called out to the author «Thank you .. good bye ». So he was asked to come to our office. The three intellectuals came voluntarily to the Office of the Hai’a and were not coerced and they left happy.”

I took my kids over to the children’s area which is strictly women and children only. Kids can make their own bookmarks and then a young Saudi volunteer laminates them. There was a huge reading corner and many children books to choose from. I was hoping that one of the volunteers would read a story to the kids but they mostly sat in a corner gossiping and laminating. I was tempted to read one of the stories aloud to the kids but then changed my mind. Oh well I hope this muttawa deadlock on everything will ease up a little before next year’s book fair.