The Commision for the Promotion of Virtue and Prevention of Vices

I was pretty busy this past two months. But no matter how busy I get I cannot pass up a PVPV commission headline and these two months were full of those. First let me update you on the guy, AttaAllah Al Rasheedi,  who was stabbed twice by a PVPV member for not ordering his wife to cover her eyes. Seventeen days after he was admitted to the hospital he was taken into custody and imprisoned for 28 days. Outrageous I know but not unexpected especially coming from the same people who wanted to imprison and whip a rape victim. It turns out that the unnamed PVPV  member, 20 days after the incident obtained a medical report that states that his nose was broken and thus the case has now changed from assault to altercation, conveniently removing Al Rasheedi from his previous victim stance. And so now the judge after releasing him gave him the parting gift of a sentence of 30 lashes across the back for “strolling amid women” regardless of the fact that it was not a gender segregated mall and that he was accompanying his wife. Al Rasheedi is a soldier in the National Guard and obviously his training has had an influence on his spirit because the guy just won’t back down. Now he is appealing the 30 lashes ruling and he plans to take to court the sheikhs who spoke badly about his character in their Friday sermons. He also plans to object to his 28 day imprisonment.

On the other hand, the likelihood of his success is not promising. The Qatif girl could not get anything from our courts and her only salvation was a royal pardon from the King himself. No PVPV member was charged for the 2007 murder of Sulaiman Al Huraisy, a 28 year old man accused by the PVPV of making and selling alcohol. He was taken to one of their centers for questioning and then beaten. According to the postmortem he lost his right eye, he had a 6 cm break in his skull and he had no traces of alcohol in his system. His family tried to appeal the case too.

Even PVPV members aren’t immune once they step out of the ultra-conservative mold. Shiekh Dr. Ahmed Al Ghamdi, the head of the Makkah PVPV division is hated by the ultra conservative community because he says that women can uncover their faces and there is no gender segregation in Islam. They tried to get him removed but couldn’t. So instead they decided to marginalize him by not inviting him to their meetings, and showing his sons no mercy. One of his sons was involved in what was originally reported as defending his house when a group of men tried to break in to “mingle” with Al Ghamdi’s wife and daughters. However the whole incident magically changed into an altercation about car parking and Al Gamdi’s son was sentenced with 50 lashes. It’s also been going around that the same son or another was fired from his position in the PVPV.   Then the Al Ghamdi tribe issued a statement that they are innocent of Dr. Al Ghamdi and his unGodly opinions.

Finally last week, it was reported that a barefoot young woman was seen running across a major street in Riyadh while being chased by two PVPV cruisers. According to the PVPV they had spotted her in a taxi flirting and exposing herself. Note that “exposing herself” does not necessarily mean nudity according to their standards because to them even regular clothes without an abaya is exposure. They did not elaborate on what it was that she was doing or what she exposed except that it was immoral. Eye witnesses say that she was running crying and begging people in their cars to help her. Eventually the PVPV caught her and took her to a holding center for women and girls until her family picked her up from there a few hours later. 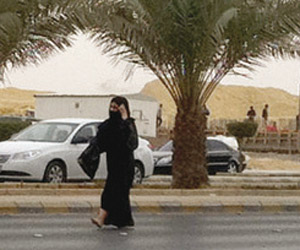 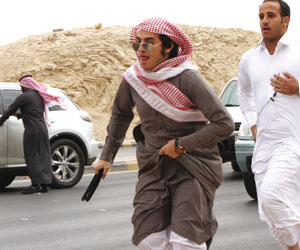 For all their trouble the PVPV were rewarded with a whole fleet of new cruisers, six hundred in Riyadh alone. And these cruisers are all linked to a control center and are all outfitted with what looks like a scanner/printer/fax machine. Don’t ask me what a patrol car would need those for! They are very proud of their high tech new look and equipment and posted these photos on their website at this link: 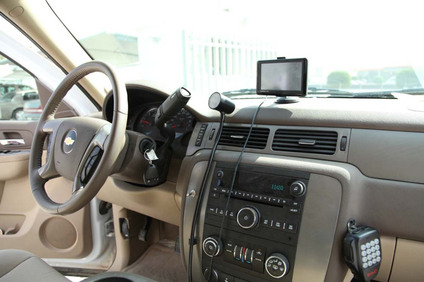 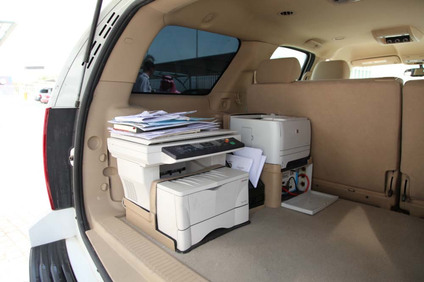