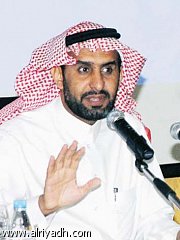 A week ago, AlRiyadh newspaper interviewed the minister of higher education and he had some fascinating things to say. If you read Arabic it is really worth reading through the whole interview and if you don’t then you’ll just have to make do with my post about it.

Before getting to the interview, let me explain the context. Soon after King Abdullah came into power in 2005, he initiated the King Abdullah scholarship program wherein each year thousands of young Saudis are sent abroad for BAs, MAs and PhDs. This in itself is not a new concept in Saudi Arabia because in the seventies and early eighties, scholarships were given out freely. However since the mid-eighties they became a lot more restricted. The reason for this sudden pull back has never been openly explained or even acknowledged. And one of its consequences is that Saudi society became even more closed up within itself. So when King Abdullah came along and opened the door wide to all qualified Saudis, many took advantage of the opportunity. The importance of these scholarships to Saudi society is beyond just the educational. To have thousands of our own men and women experience life outside the muttawa ideology bubble will have a huge impact on our future as a people and a country. And it seems that the minister of higher education, Dr. Al Mousa, is of the same opinion. He views the scholarship program as a cultural, social, political and economical integration.

So far the program has wrapped up five phases, the last was this year in which they gave scholarships to 8223 postgraduate students. And that tallies up the number of students on scholarships since 2005 to about 80 thousand. And they are sent to many different countries such as China, France, Germany and Japan. The choice of countries and courses of study to include in the program is left to a committee of 30 professors and professionals. Recently they had considered the Ukraine, however after visiting the universities there, they decided against it. The best universities for medicine according to this ministry appointed committee are the University of London and the University of Maastricht in Holland in which they have reserved 80 places for Saudis. Also an unnamed Canadian university in which they have reserved 300 places. The countries with the highest number of Saudis in their universities are the UK and Australia, so much so that the ministry has decided to stop sending students there for the foreseeable future.

All students who are granted a scholarship must go through an intensive three month English language course and attend workshops and lectures on cultural differences and on how to conduct themselves abroad.

Out of the approximately 70 thousand sent in the past four years, 825 have graduated. 100 of them were given jobs at Al Qaseem University. This is just fantastic because Qaseem is a region notorious for its muttawa ideology and so to have 100 Saudi men and women who have seen and lived abroad work in one of the region’s most influential places can only be good. Others were employed by SABIC, the Saudi airlines and STC.

The minister was also asked about problematic students. According to the minister, 1573 scholarships, 3% of the total, in the past four years were revoked, out of which only 117 were due to moral or legal misconduct. The rest were mainly due to absenteeism and low grades. He comments that these statistics show that the program is a success.

10 responses to “The great return”