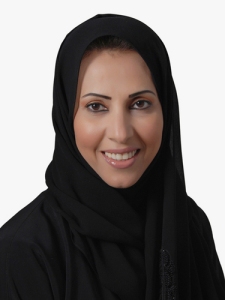 This is a translation of a piece written by Dr. Badria Al Bishr for Hayat Newspaper:

I’ve heard stories, some of which reached the press and others didn’t, and it’s hard to comprehend how it could get this bad. In the first story, a woman tells me that her husband abused her for years before divorcing her. One time he locked her in the house for days while he went on a trip. She found a young man living next door by looking through the bathroom window. She told the young man her story so he bought her a meal from Kentucky Fried Chicken. He found a board to put between the two windows and slid the meal across. I never could understand why he bought her a KFC meal instead of calling the police to release her.

The story seemed to me a bit romantic despite its cruelty. The kindness of that young man is the only thing that stands out to the woman out of her years of abuse. The other story, however, lacks any romanticism. This time the newspapers did publish a photo of a wife whose husband would lock her in his bathroom and would only open the door to urinate on her and leave. She sought her father’s help but he was too busy with his second wife. Eventually the woman was able to escape and get to the police. A photo of her broken demeanour appeared in the newspapers with a red shawl covering her face and shoulders. She was standing in front of the police station instead of inside it. Do you know why? Because the police wouldn’t accept a complaint from her without the presence of a male guardian. So she either had to bring her indifferent father or her abuser husband to complain about the latter. It turned out that the husband was wanted by the police for other unrelated offenses. Yet the wife was unable to get the police to help her get her daughter away from him.

Today I now understand why the young man and the police couldn’t help these women. I now see that any person who attempts to help an abused wife will get a deterring punishment similar to the one dealt out to Wajeha Al Huwaidar and Fowziya Al Oyouni. They helped a Canadian woman married to a Saudi man. The Canadian had reached out to Wajeha and Fowziya by sending them a text that she was being locked up and that she had no food. So they took some groceries over to her. When the husband found out he raised a case against them for “invading his privacy and disturbing his peace.” The judge ruled that Wajeha and Fowziya each get a ten month prison sentence and a two year travel ban under the charge of “takhbeeb.” And takhbeeb means corrupting a woman and making her hate her husband. It’s in the tradition of archaic rulings concerning slavery and those who help slaves to run away. So basically the court ruling says that a wife to her husband is not unlike a slave to its master.

Wajeha and Fowziya were quick to write a statement that the woman’s first language is not Arabic or English but French; a language neither one of them speaks. So how did they manage to communicate enough to get accused of “takhbeeb”? Did they use sign language? Language is also probably why the judge never bothered to actually ask the Canadian woman her side of the story. The Canadian woman posted an apology on her Facebook page to Wajeha and Fowziya and stated that she never meant to run away but that her husband had not left her any food or drinkable water.

I don’t know if takhbeeb applies to Canadian women but apparently it does to Saudi women. On this occasion, I would like to congratulate the husband on the court’s ruling to his favor. After this, nothing stands in the way of him doing whatever he wants with his wife, even if he wanted to lock her up in a bathroom and urinate on her. Or he could simply just keep starving her.

For Human Rights Watch’s statement about the case, CLICK HERE.