Today we had a really bad sandstorm. In the morning you would have never guessed. I left the house at 7:30 and the sky was blue and clear. Later in the day, I was going to pick up my son after a lecture and I had to drive (be driven) right into it. I took a few photos. You can actually see it approaching on the horizon. A trip that normally takes 45 minutes took twice that long. Cars were hardly moving and sirens were wailing. Firetrucks, ambulances and police cars were following the storm. It probably was a really bad day for people with asthma. 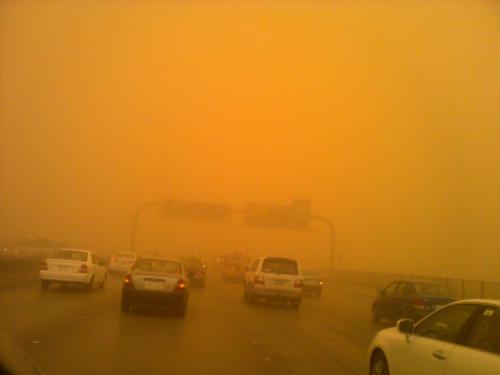